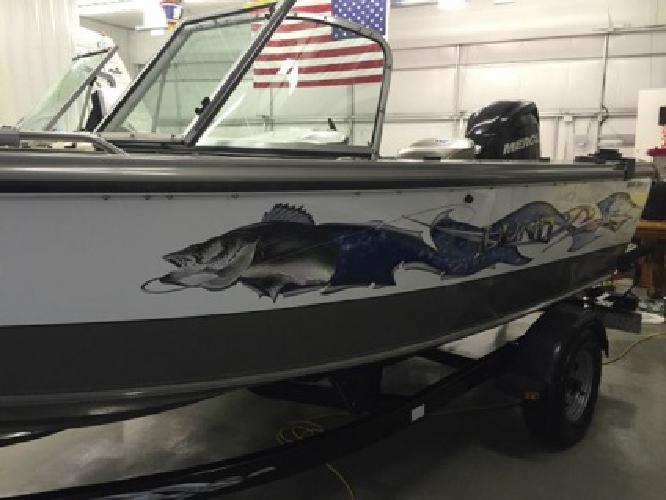 ? ? ? ?????IF YOU HAVE INTEREST IN BUYING PLEASE REPLY WITH YOUR CELL PHONE# AND I CALL OR TEXT BACK FAST!!!?????? ? ? ? Lund Tyee with a Mercury Verado 150 with less than 80 hours on it. 9.9 Mercury Kicker..both engines run off the same gas tank, with steering on main steering wheel, Shorelander single axle trailer, Minn Kota Terrova, with iPilot remote, Lowrance HDS-10, Lowrance HDS-7, 2 Lund bicycle pedestal chairs, 2 Lund sport-ride chairs, snap-in carpet~~~Engine Make:Mercury EngineLength (feet):18In the United States, Canada and some other countries, UNICEF is known for its "Trick-Or-Treat for UNICEF" program in which children collect money for UNICEF from the houses they trick-or-treat on Halloween night, sometimes instead of candy.UNICEF is present in 191 countries and territories around the world, but not involved in 9 others (Bahamas, Brunei, Cyprus, Latvia, Liechtenstein, Malta, Mauritius, Monaco, and Singapore).[8] UNICEF designated as the "Year of the Child" and many celebrities including, David Essex, Alun Davies and Cat Stevens gave a performance at a benefit concert celebrating the Year of the Child Concert in December .

Click here to search for more - Boats in Minneapolis, Minnesota

Copyright © 2022 boatsandstuff.com, All Rights Reserved. Designated trademarks and brands are the property of their respective owners.
Home | Ads | About | Place an ad